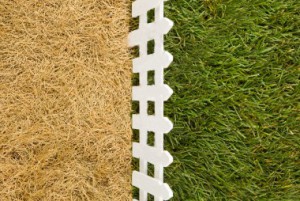 Many people find that getting a divorce creates more problems than it solves, especially when children are involved.  When spouses separate, overall household income goes down and  household expenses generally increase (since they’re no longer sharing expenses like rent and utilities).  Aside from exceptionally rare cases, the custody schedule that the couple agrees to or that the court imposes will mean that both parents will see their children less.
Aside from the immediate problems a divorce creates, there are long-term issues as well.  Research shows that the divorce rate is increasingly higher for each subsequent marriage, especially for relationships that began as an affair.  Most people find that the same problems that caused the demise of the first relationship eventually reappear in the next.

TOO GOOD TO LEAVE, TOO BAD TO STAY

Obviously, knowing that life could become more difficult during and after a divorce doesn’t solve the immediate problem of a struggling relationship.  Rather, these realities often make people feel hopelessly trapped, since neither staying nor leaving are desirable options.  As a Williamson County Divorce Attorney, I’ve worked with clients who’ve waited years to file for divorce to avoid all the challenges that would come with a split, but finally reached the point where they felt it was impossible to go on any longer.
I’ve noticed that by the time most people have decided to call an attorney, they feel they’ve exhausted every viable option and are weary of trying to make their marriage work.  Frequently the spouses have been in and out of marriage counseling for years but without sustained progress.
So if it’s true that divorce often makes life more difficult, that the patterns in one failed relationship more often than not reappear in the next, but the prospect of staying in a relationship that’s dead or dying seems just as bad, what hope is there?

Every so often I have clients call and ask me to drop their case because they’ve reconciled with their spouse.  The common denominator in almost every one of those cases began with a personal change in my client, not with the other party or the circumstances as a whole.  Furthermore, the changes usually have less to do with effort and more to do with dramatic adjustments in perspective and expectations.
With that in mind, it’s my goal to offer resources to my clients and potential clients that have less to do with “saving” their marriage and more to do with their own emotional and spiritual health.  One of the best books I’ve read on the purpose of marriage and how that purpose relates to us personally is “This Momentary Marriage” by John Piper.  This and all of Dr. Piper’s books are available for free in PDF format at desiringgod.org.
Another book I highly recommend to anyone searching for deeper meaning in the midst of pain and suffering is “Mere Christianity” by C.S. Lewis.  Lewis, who is most famous for the popular “Chronicles of Narnia” series, tracks his personal evolution from skepticism to faith in very accessible language.
For those who have given Christianity a try but found it doesn’t seem to have the power and hope it promises, I recommend “The Saving Life of Christ” by Major Ian Thomas.  Both of these books can be purchased used online at minimal cost.