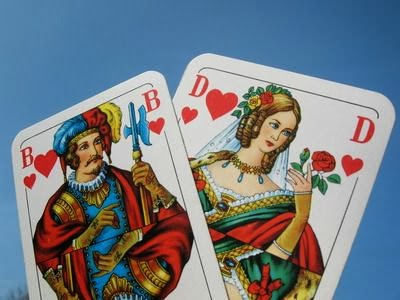 ost always better for parents to resolve child custody cases without going to Court.  However, sometimes Court simply cannot be avoided.  There are strategies that men and women should follow both inside and outside of the courtroom to strengthen their position when the time comes for the judge to make a decision.  Here are some of the most important:

How to Win Custody Outside of Court

No Games – Judges absolutely hate it when it appears that the parties have been playing childish games, especially when it affects their children.  Common examples are when a parent purposefully withholds information about a doctor appoint or school function, passively prevents contact with the other parent by not keeping the child’s phone charged or allowing them to return the other parent’s calls, or denies possession altogether.  When the other parent is playing games, it’s never a good idea to retaliate; judges are rarely interested in arguments about “who started it.”

No Parental Alienation – Judges can often determine when a parent has been trying to influence the child’s attitude about the other, especially when he or she conducts an in-chambers interview with the child.  No matter how great the conflict between the parents may be, it is always frowned upon when one parent tries to turn the child into ally against the other.

No Substance Abuse – It’s not uncommon for parties to accuse each other of too much alcohol consumption to gain an advantage in court. Judges usually do not have a problem with responsible alcohol use, but excessive drinking – if definitely proved – is a problem. Ongoing use of illegal drugs will almost always result in restrictions on access to children.

Be Careful What You Put in Writing – There is simply no place for threats and abusive language, especially in writing.  Just about anything you post on Facebook or write in an email is admissible in Court.  A good rule of thumb is that if you wouldn’t want the Judge to read it or see it, don’t write it or post it.

How to Win a Custody Battle Inside of Court

Avoid Overly Criticizing the Other Parent – Remember, this is the person you chose to marry and have kids with; exaggerating their faults and drudging up events that occurred long before the divorce was ever filed usually looks worse for the party making the accusations than it does for the one being accused.  If a Judge has to pick someone to be the primary conservator of the children, he or she is looking for the most mature and emotionally stable parent.  The Judge wants to see which party can rise above the conflict, forgive past offenses, and demonstrate the ability to cooperate with the other parent when the divorce is over.

Focus on the Children – This tip goes hand-in-hand with avoiding too much criticism.  The Judge wants to avoid disrupting the children’s lives as much as possible, so he or she will want to know much more about their needs than whatever gripes the parents have against each other.